M&A Deals in the Bulgarian Tech Ecosystem in 2018 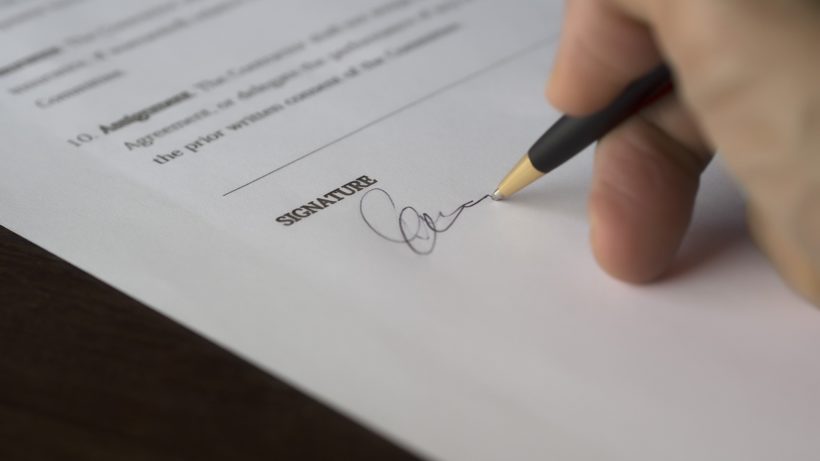 Acquisitions and exits are those magical and widely celebrated moments when a well performing company gets some cash to continue being a great business. @Pixabay

Acquisitions and exits are those magical and widely celebrated moments when a well performing company gets some cash to continue being a great business. Last year was a vivid but modest one when it comes to acquisitions on the Bulgarian tech scene. It wouldn’t be correct to talk explicitly about exits in the sense of startup and VC sphere as only around half of the deals we have managed to track down qualify as such. The others are rather M&A deals in which foreign investors have acquired local IT service companies willing to utilize their talent. But there is one more interesting observation – in two of the cases a Bulgarian company or founded here one has acquired a foreign startup which, on the other hand, is a sign of stable and maturing tech sector.

The conclusion, however, is clear – tech business in Bulgaria, be it product or service, grows and attracts attention. Especially in the case of services, even more in the past 1.5 years related to Brexit. Deals with product companies are still small, even for the Bulgarian standard, not to mention European scale. Speaking in concrete figures, the two significant deals are the €31M deal in which the Chinese Thunder Software bought local MM Solutions and the Imperia Online exit that might have the chance to reach €27M in some years. Anything else is around or below €10M. Eight out of the twelve listed deals have released some capital that will probably flow back into the ecosystem and will catalyze other projects in the tech sector. In other cases, the deals open the door for further investments in the local tech ecosystem.

The upcoming 2019 is expected to bring more startup exits, especially for local investment funds like Launhub Ventures and Eleven, which are slowly nearing the end of their first funds 10 years long investment cycle. There might be an uptake in tech IPOs, starting with Biodit, which provides an exit opportunity for VCs.

Here is the our list of tech M&A deals that concern the local tech sector in 2018.

The Chinese Thunder Software Technology acquired MM Solutions – Bulgarian mobile image software developer, for €31M, which is the largest deal in the software sector for 2018. MM Solutions develops imaging for mobile phones, the Internet of Things and automobiles and is a leading European developer of state-of-the-art mobile and industrial graphics imaging technology. Over the years, the company has provided software for over 60 models of mobile devices from Samsung, LG, Sony, and Huawei.

In early 2018, the Dutch online food delivery marketplace Takeaway.com acquired Bulgarian HelloHungry, better known as BGmenu in Bulgaria and Oliviera in Romania for €10.5 million. This was the first significant exit also for Bulgarian fund Launchub ventures, which held 24% of the business.

In February the Danish-Bulgarian social media platform Komfo was acquired by Copenhagen-based Falcon.io. In 2012 Sitecore, the Denmark based content management system developer, has taken a large minority investment in Komfo. Due to unconfirmed information back then Sitecore intended to spend $500K for one-third of Komfo.

The based in Bulgaria MammothDB, a big data business analytics service company was acquired by Finish MariaDB in March. The companies did not disclose the price of the acquisition. In 2015, MammothDB raised a €1.6M seed round from 3TS Capital Partners and Empower Capital and the two fund held close to 17% each.

Sirma Group Holding bought back from investment fund NEVEQ 26% of its semantic software spin off Ontotext in April. Ontotext, which founded in 2000 as a technology lab of Sirma, spun off in 2008 and received funding of around €2M from NEVEQ. In 2018 exited the company and received €4.2M from the deal.

The Sweden Stillfront Group announced its acquisition of Bulgarian Imperia Online, a leading game developer and publisher in Southeastern Europe in September.  Across its portfolio of 25 titles, the game development company, which was founded in 2009 by Dobroslav Dimitrov and Moni Dochev has more than 45 million users worldwide. The most interesting part of the deal are its terms. Upon completion of the acquisition, €10M will be paid to the sellers, €5 of which in cash. The rest will be paid in 269 newly issued shares in the Nasdaq First North listed Stillfront. According to the press release, announcing the deal the prize could rise to €27.5 million due to earnouts based on the studio’s performance over the next three years. If that happens the deal will rank fifth among the largest IT deals on the Bulgarian market.

Allterco was founded in 1999 as a mobile service provider company, which still operates diverse SMS services in Bulgaria and the region. In 2015, the company went another step further to start developing Internet of Things products and went public the next year. Currently, Allterco Robotics, the new IoT division is the focus of the company and its main product smart watch Myki has brought revenues of €3.5M in 2017. As the IoT becomes more and more important for Allterco, the company has sold its Bulgarian, Macedonian and Romanian mobile messaging services to Norwegian Link Mobility Group, Europe’s fastest growing provider.  With the fresh €8.8M continues to develop its IoT portfolio.

The Singapore-based Acronis, an international cyber security and hybrid cloud solutions developer, has entered the Bulgarian market via the acquisition of the Bulgarian company T-Soft. The value of the transaction was not announced but the management of Acronis has expressed intentions to invest €43M to develop in Sofia a key R&D center dedicated to cyber security.

In October, Bulgarian software company ScaleFocus announced the acquisition of another local software business – held Upnetix, one of the 50 worldwide-certified Google development agencies. Upnetix specializes in mobile engineering, front-end development and design-driven digital transformation. The deal happened in the same week as game developer Imperia Online, the other business of Upnetix founders Moni Dochev and Dobrsolav Dimitrov, was sold to Sweden Stillfront.

The sports media scale-up Flipps Media, which was founded in Bulgaria acquired US machine learning company Avid AI in August. The acquisition is in a cash and stock transaction but the value of the transaction remained unannounced.

In 2017 the founded by Bulgarian Dynamo Software, also known as Netage, attracted the US fund Francisco Partners as majority stakeholder and has since then acquired two other businesses. This year Dynamo, which develops products for the alternative asset investment industry and has its whole R&D in Sofia, bought the US Q-Biz Solutions. Details were not disclosed.

Lists are never complete so please do tell us if there are other deals that belong to this list. Reach out and tell us what we miss and the reasons to include it at feedback@trendingtopics.at. Thank you!

Acquisition strategies of top IT companies

The acquisitions of leading global IT companies have revealed interesting patterns in their strategies.

The startup ecosystem in Bulgaria

The start-up ecosystem in Bulgaria has emerged recently but evolved significantly. The European Investment Fund and the government provided support, including the Jeremie programme which, among...

New Europe Venture Equity LP (NEVEQ I) is a venture capital fund with eight investments in seed and growth stage technology companies, while NEVEQ II is a newly launched fund, supported by the...

by Anna Vital http://fundersandfounders.com/how-startup-valuation-works/ How would you measure the value of a company? Especially, a company that you started a month ago – how do you determine...